The harbor is a watershed area that is sheltered against the waves, which is equipped with a marine terminal facility that includes a dock. Where a ship can be tethered to loading and unloading. In addition, there is also called the ocean warehouse (transit), and there are also warehouses where to store goods export and import in a relatively long time. A port is an infrastructure that can be a solution to answer the need for goods needed in an area. But in order for a port to be responsible for the function, it is necessary to have facilities that can support all these activities. Starting from the terminal, until the facilities in each terminal. 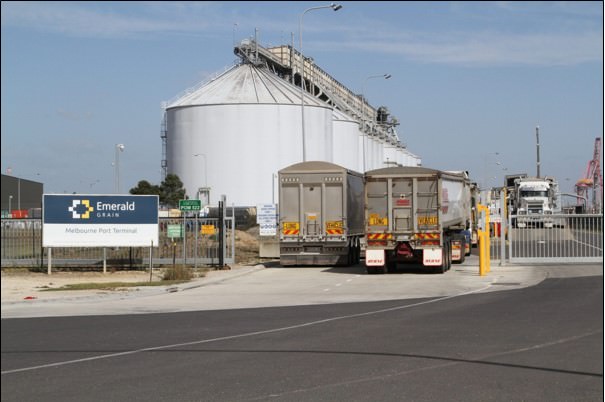 To optimize the performance of a port, then built a terminal facility on the sea land. A terminal is a place for the transfer of cargo between different transport systems, from land to sea, and vice versa.

Each terminal will have different forms and facilities. Here are some sea terminal facilities that exist on the mainland-based on the type of cargo.

Broadly speaking, the functionality of the goods terminal terminates the loading and unloading of the pieces. This piece of goods is usually a unit item such as cars, machines, packaged materials, suitcases, bags, or crates.

A load of bulk goods can be divided into two types.

Terminals for bulk products are two kinds of the terminal for loading and unloading. Bulk loading operation to ship (export) is different from loading from the ship (import).

For grains such as rice, flour, sugar and so on, loading and unloading of goods can be done by using a special tool that is in the form of a sucker or with an elevator. The load is then stored in a silo tower, which is a large, tall tube made of concrete. This silo is then connected to the equipment on the dock by using conveyor belt or bucket elevator. From this silo, the cargo will be transferred to a truck or railway carriage.

In general, mooring facilities in the form of jetty jutting into the sea with dolphin retaining and dolphin retarder. Loading and unloading are mostly done by using pumping power through pipes that are on the jetty and connecting vessels with storage tanks. This tank is of steel and is above ground, or underground.

For giant tankers that have a large draft cannot enter the existing port, then the belay offshore. Unloading the cargo using an underwater pipeline and moving the cargo into smaller vessels, then bringing them to the port.